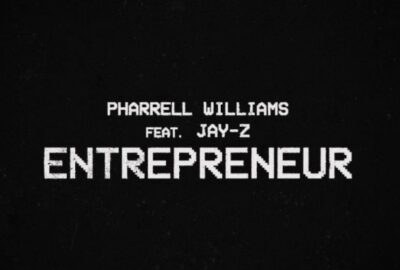 The new song, produced by The Neptunes, stresses the importance of supporting Black-owned businesses and encourages aspiring Black entrepreneurs to take risks. In their first collaboration in ten years, Pharrell and Jay-Z address racial inequity, systemic oppression and underrepresentation of Black people in the media.

“The intention for a song was all about how tough it is to be an entrepreneur in our country to begin with,” Williams said in an interview with TIME magazine. “Especially as someone of color, there’s a lot of systemic disadvantages and purposeful blockages. How can you get a fire started, or even the hope of an ember to start a fire when you’re starting at disadvantages with regards to health care, education, and representation?”

Released with the song, the “Entrepreneur” music video showcases a long list of successful Black business owners and trailblazers. This list includes Grammy Award winner, Tyler the Creator and actress Issa Rae. Both artists appeared in the music video along with the Compton Cowboys and Nicholas Johnson, the first Black valedictorian of Princeton University.

A plethora of other Black proprietors from all parts of the world were given exposure through this music video, from Los Angeles to Dublin, Tokyo and more. The creators were presented on-screen with their popular products, along with captions that describe the business’s origin story and its impact on Black communities, both locally and globally.

The empowering “Entrepreneur” music video tells the rags to riches story of Black businesses that are often lost in American media and history. In the song, Williams raps, “There will be no sunny days/If Black went away,” reminding Black entrepreneurs that their work is valuable and vital to generating Black wealth.

In his verse, Jay-Z urges entrepreneurs to take chances and create their own opportunities in a world where Black visions are usually dismissed or unsupported by corporations. The Roc Nation founder raps, “Serial entrepreneur, we on our own/Stop sittin’ around waitin’ for folks to throw you a bone,” to inspire Black leaders to start their own business ventures.

Celebrating ambition and encouraging pioneering within the Black community through his latest song, Williams said in his TIME magazine interview that he wants to send the message “that when we stick together, treat each other better and welcome each other, there’s more money and more opportunity for everyone.”