Accenture (NYSE: ACN) has launched the Black Founders Development Program, a new initiative that will invest in and support Black technology startup founders and entrepreneurs. Led by Accenture Ventures, the program will seek to help Black business owners and leaders advance and grow their technology businesses through greater, more direct access to venture capital, corporate mentorship and strategic connections with Accenture business partners and clients.

As part of the new program, Accenture Ventures is establishing the Black Founders Development Fund. The fund will make strategic investments in early-stage, Black-founded and -run software startups and other market development initiatives, applying Accenture’s vast technology, innovation and investment expertise, and powerful network of technology ecosystem partners. To help Black entrepreneurs achieve their goals and make a meaningful impact, the commitment of investment funds and a strong mentoring effort will be commensurate with Accenture Ventures’ approach with its most strategic funds. The fund will have an initial focus on North America, with plans to expand globally at a later date.

“Our Black Founders Development Program will help drive economic inclusion and create new advancement opportunities for Black business owners and leaders by bringing to bear the full power of our global technology business and extensive relationships with clients, partners and the venture capital community,” said Kathryn Ross, global Open Innovation lead and the Black Founders Development Program lead for Accenture Ventures. “Leadership, resources, technology and investment knowledge are all areas where Accenture can deliver significant support to Black entrepreneurs, helping them to accelerate innovation and further grow their businesses.”

According to a study by RateMyInvestor and VC Diversity, Black founders of companies receive less than 1% of all venture capital funding, which in the U.S. alone, totaled approximately $130 billion. Similarly, a Kauffman Foundation analysis of U.S. Census Bureau data found that 28% of Black entrepreneurs’ profits were limited by lack of access to capital, compared to just 10% of white entrepreneurs.

To help guide its future investment strategy, Accenture Ventures has established a Black Founders Development Advisory Council made up of diverse, established business leaders and partners to help guide and mentor Black founders and CEOs. The first two council members appointed are Kay Koplovitz, founder of USA Networks and the current chairman and co-founder of Springboard Enterprises, a community of nearly 800 women founders and leaders of emerging growth companies spanning the globe and across all industries; and Corey E. Thomas, chairman and CEO of Rapid7, Inc. (Nasdaq: RPD), a leading provider of security analytics and automation, who previously served on the U.S. Commerce Department’s Digital Economy Board of Advisors.

“We intend to play a meaningful role in creating the next generation of Black technology startups, and the demonstrated business leaders on our Black Founders Development Advisory Council are equally committed to sharing their experiences, insights and connections to help Black founders achieve their business objectives,” explains Ross. Accenture Ventures plans to announce additional advisory council members and its first participating founders in the coming months.

The Black Founders Development Program is part of Accenture’s broader effort to fight racism. On September 1, 2020, Accenture CEO Julie Sweet announced that by 2025 the company would increase the representation of African American and Black people in the organization from 9% to 12%; and increase the number of African American and Black managing directors from 2.8% to 4.4%. Other recent company actions include Ms. Sweet’s role as co-chair of the new 27-member New York Jobs CEO Council, a non-profit coalition of CEOs from leading companies that have pledged to hire 100,000 low-income New Yorkers from under-served communities over the next decade.

Launched in 2015, Accenture Ventures makes targeted equity investments in emerging technology startups, matching their capabilities with the business needs and priorities of Accenture’s clients. Its Open Innovation arm acts as a bridge to the global innovation ecosystem by bringing Accenture’s clients together with best-in-class, enterprise-relevant startups to unlock their growth potential and accelerate digital transformation.

Although the pandemic threatens those gains, many entrepreneurs are pushing on and getting creative to weather the storm

“My business is crippled right now,” Kim Morrison told BK Reader. However, it would be a mistake to count her out.

Morrison, the owner of Unique Weddings & Tours, has weathered many storms since launching her company in 2012. The COVID-19 pandemic is the latest obstacle she’s navigating to enable her Prospect–Lefferts Garden travel and events business to thrive.

It’s that type of determination that has helped a number of Black-owned businesses across the borough to expand.

Brooklyn’s Black-owned businesses expand in the face of obstacles

Minority-owned businesses in New York City grew 7.4 percent between 2012 to 2017, according to a recent report by independent think tank Center for an Urban Future.

“It’s very hard for entrepreneurs to survive, not only now with the pandemic, but also before,” Morrison said, adding that many Black entrepreneurs in her network shared that experience.

A significant part of the challenge could be summed by this: A lack of access to capital.

“I appreciate good friends who can help when my business is financially in need,” Morrison said. “They believe in me and helped me believe in myself. That’s why I survived — not because of bank loans.”

Will the pandemic wipe those gains?

Despite the tenacity of many minority-business owners, the COVID-19 pandemic threatens the gains. Between February and April, Black-owned businesses declined nationwide by 41 percent during the lockdown, according to a Federal Reserve Bank of New York analysis.

The Reserve Bank blamed much of the high attrition rate on the lack of relationships between Black entrepreneurs and financial institutions.

Back in January, Morrison expected 2020 to be a turning point toward solidifying her success until COVID-19 came along and wiped out about 80 percent of her travel business. Her plan B is to launch a customized gift baskets business in October. That will help to keep her business afloat until tourism and events markets bounce back in 2021.

Like Morrison, Nadia Aristide anticipated 2020 would be a breakthrough year for her business and finance consulting firm, Maroon Strategist. She had several contracts on the table before they evaporated with the pandemic, as many of her clients faced an uncertain future.

“I found opportunity in the middle of chaos,” Aristide, Maroon’s president and CFO, said. Aristide has been in business for nearly five years, with an office at Brooklyn Commons co-working space.

Instead of sinking into despair, she studied information from the Small Business Administration on how small businesses could stay afloat during the economic crisis, as well as the loan and grant programs that became available. She soon found herself teaching webinars and helping entrepreneurs who were unaware of the federal lifelines.

How to survive the hard economic times

In these difficult times, Aristide advises her small business clients to know their income and expenditures.

“You need to understand your cash flow and financials, revenue and operating expenses. It’s not just how much money you are making each month. It’s also how much you are spending,” she tells her clients, many of whom are minority-business owners.

She noted that if they wanted to apply for government financial assistance, such as the Paycheck Protection Program (PPP), financial institutions typically require detailed cash flow information.

Aristide has been pleasantly surprised to receive a sudden influx of people who want to start a small business or a nonprofit. Many of them were independent contractors who had no business entity. Consequently, they had no business banking accounts and couldn’t apply for government coronavirus relief funding.

“There is a lack of knowledge in our community. A lot of entrepreneurs who had side hustles had to wake up,” she said.

Calling itself America’s oldest and largest trade group for Black businesses, the National Business League has aggressive growth plans for the future.

The Washington, D.C.-based business advocacy group aims to boost its current membership from 120,000 to over one million black business owners and professionals in the next five years. It aims to achieve that by launching a national membership drive through its 365 local league chapters starting in January 2021.

In line with its mission, here are some collaborative programs that the NBL is hosting or taking part in to advance Black businesses:

Dr. Kenneth Harris, the NBL’s president and CEO,  said the organization plans to use its robust digital platform, growing social media apparatus, and significant strategic partnerships throughout the country within the public and private sectors to help reach the national goal.

The membership strategy comes as the NBL just celebrated its 120th anniversary. The group was founded on August 23, 1900, by the iconic Booker T. Washington.

With the special occasion come and gone, the NBL reports it is poised to streamline the integration of the nation’s 2.6 million Black businesses into the global marketplace using technology. It proclaims Black-owned businesses generate $150 billion in annual revenue in the United States while supporting 3.56 million jobs here. This advanced shift into the digital age will be absolutely critical in the post-COVID-19 era, Harris said in a news release.

“Booker T. Washington’s vision is more relevant today than it was 120 years ago, as a new generation of unapologetic Black leadership takes the helm,” he said.  “The revolution won’t be televised; it shall be digitized.” 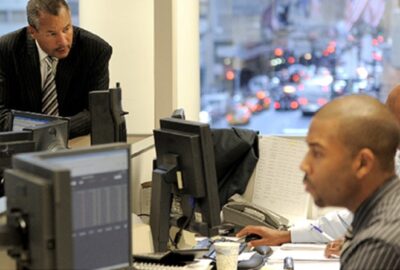 The longest continuously operating Black-owned investment banking firm in the country, Blaylock Van, LLC, is helping more investment managers, pension funds, and companies interested in diversifying their inclusion of Black- and women-owned firms in the wake of the global pandemic. With offices in eight markets from coast to coast, Blaylock Van’s services include public finance, corporate banking, debt and equity, sales and trading, structured finance, research, and more.

Certified as a Minority Business Enterprise by the State of New York, the State of Wisconsin, the City of New York and the National Minority Supplier Development Council, Blaylock Van is 81 percent Black-owned and 8 percent Native American-owned. As the pandemic has taken a toll on businesses, municipal budgets, and investment portfolios alike, Blaylock Van offers advanced capabilities when it comes to supplier diversity and diversity and inclusion efforts for investors and issuers.“More and more clients are reaching out in need of thoughtful solutions for their businesses and funds going forward. Fortunately, we are well-positioned to help firms and governments affected by the pandemic as well as those seeking to solidify their inclusion of African-American diversity firms,” said Eric Standifer, CEO and president of Blaylock Van. “Our client base ranges from investment managers to municipalities, and from pension funds to family offices, and our highly qualified team delivers expertise in supporting diverse growth opportunities. We also have a team of professionals with experience in advising CDFIs and MDIs, helping these institutions leverage their capital inefficient ways to address affordable housing programs and lending to communities of color.”During the pandemic, Black-owned small businesses have been hit disproportionately hard, according to research from the University of California-Santa Cruz, and many minority-owned businesses struggled to find Paycheck Protection Program (PPP) loans. With its diverse strengths and broad reach, Blaylock Van can assist businesses and investors with corporate banking, equity and debt underwriting, real estate financing, and investment opportunities.In addition, Blaylock Van has hosted interns for several decades through the CORO Foundation, which trains ethical, diverse civic leaders with the aim of creating a wealth of strong and diverse leaders across industries.