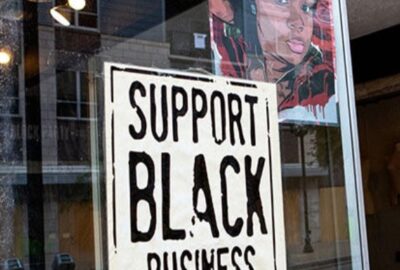 Back in April, when the pandemic initially stalled business operations, reports came out that nearly 90 percent of businesses owned by people of color would not receive funding from the Small Business Administration’s Paycheck Protection Program (PPP).

So some regional organizations, such as the Oakland African-American Chamber of Commerce (OAACC), have stepped in to create resiliency funds for Black-owned businesses, CBS SF Bay Area news reported on September 28.

OAACC reportedly began discussing how it could help small businesses in April and had raised $1 million to support Black-owned businesses by the summer, thanks to donations from more than 200 companies and individuals. According to CBS, Clorox gave $200,000 and Blue Shield of California, Kaiser Permanente and online security company Okta each gave $100,000. The fundraising for Oakland’s Black-owned businesses will continue, with about 150 additional businesses expected to receive grants ranging from $2,500 to $10,000.

The need to find resources for one’s own community is not new, which is why the federal government passed the Community Reinvestment Act of 1977 to fight racial discrimination in lending.

“What we see happening now is really important because it shows the humanity, that we still have humanity in spite of all the obstacles that we’re confronting,” Aaron Bryant, curator with the National Museum of African American History and Culture in Washington, D.C., told CBS.

And OAACC isn’t alone, as other coalitions have formed across the country to do what the federal government hasn’t. In Seattle, for example, mobilized by the May 28 death of George Floyd, four Black women launched the Black Future Co-op Fund “to acknowledge the harm that systemic racism has done to the Black community in our state,” according to its website. The Black Resilience in Colorado Fund (BRIC), which also launched in June, aims to address systemic racism against Denver’s Black residents and support Black nonprofits. Portland’s emergency Black Resilience Fund (BRF) raised more than $1.7 million by September 17 to support 3,200 Black Portlanders, according to its website.